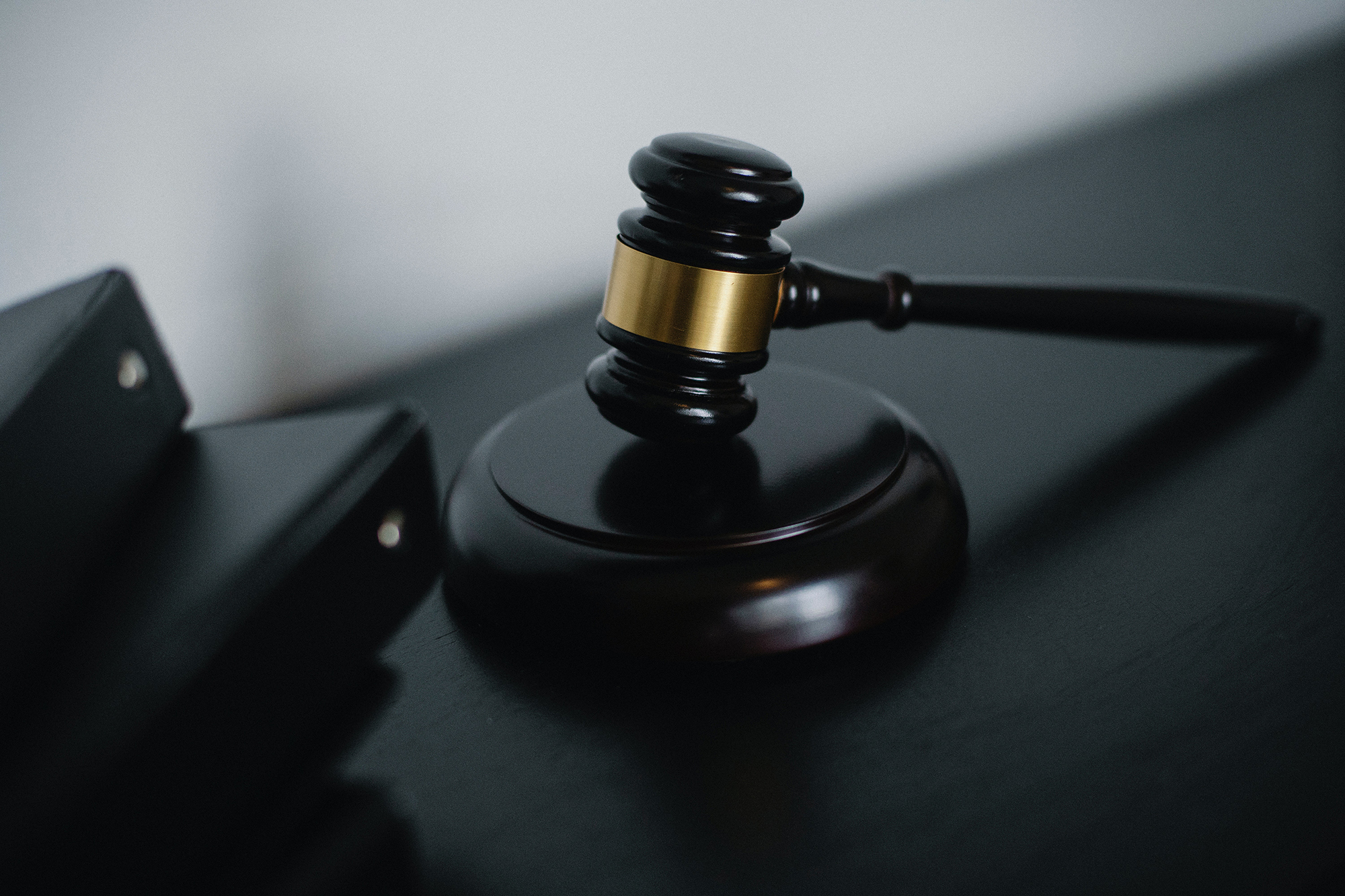 Avoid Legal Entanglements Before They Become an Issue for Your Practice

Orthodontists today already have a lot on their plate. Running a practice involves a whole host of business and management skills outside of the specialty and protecting yourself from legal issues before they become a problem is an important part of it.

Recently, we sat down to speak with Trey Lawrence for a wide-ranging discussion about the critically important legal issues that an orthodontic practice might come across. Lawrence knows his stuff. He’s the Vice President and General Counsel at the American Association of Orthodontists. He also practiced with a large law firm in St. Louis for over 15 years, concentrating in the areas of litigation and regulatory matters.

Below is the result of that interview, which is chock-full of advice and strategies to help mitigate any legal entanglements you might come across in your own orthodontic practice.

While our knee jerk reaction is to respond - which is not necessarily wrong - taking some time to consider how to reply and in what way will be the best strategy. You want to keep your responses as brief as possible and take that discussion offline as quickly as possible.

“You want to respond because you don’t want to just ignore it and appear unconcerned,” said Lawrence. “The wording – and there’s no magic wording – should be something like ‘it appears there’s been a misunderstanding; please contact our office to schedule a time to discuss.’”

He said that this response works because you are addressing the person’s concern, and you are not admitting liability – something that might come later if the issue does escalate for some reason.

Also, we might have the tendency to apologize in our responses when asking them to contact us. We are all taught to be kind and say sorry, but Lawrence recommends not using the word “sorry” in a response because it could be misconstrued later as an admission of liability by a third party.

When getting into a discussion online, comment number two is often meaner and nastier than the initial comment – so Lawrence recommends not getting into a flame war with a commenter and again invite the reviewer to reconcile their issue directly offline.

Keep it short and simple. By arguing substantively in response to a patient’s accusations you might inadvertently create a HIPPA violation or violate State and Federal financial privacy laws.

“It’s very easy to quickly wander into additional violations that didn’t exist before you started responding to the patient,” said Lawrence.

He also warned of the potential financial hit that this might incur to a practice.

“Those privacy laws – both HIPAA and financial - tend to carry with them some potentially weighty fines,” he said.

Many orthodontists have or are thinking of investing in a digital printer to produce clear aligners in the office. As a practice, we like to take a page from Madison Avenue and brand our digital aligner service to make it seem unique and associate it exclusively with the practice. A great concept but one that might come with a few legal landmines you might want to avoid.

“People are aware of the FDA requirements for registration of medical devices so naturally they have a concern about printing their own aligners in-house,” said Lawrence. “Do I need to fill out paperwork with the FDA?”

Lawrence said the law isn’t entirely clear on this one but the consensus is that even though clear aligners are a Class II Medical Device that  in some instances are regulated by the FDA, if you are printing aligners in-house and using them in treatment for your own patients you do not have to register those with the FDA.

“There is a carve-out for doctors who are using a medical device for their own patients and the consensus is that the aligners fall into that,” he said.

On the issue of advertising and packaging of the clear aligners for orthodontists, he further explained that the same logic applies. There doesn’t seem to be any issue with branding your own aligners for your own patients with your practice’s name and logo.

There were two caveats, one of them directly applicable to an idea that many clients of People + Practice come to us with. Lawrence said in these two instances there could be some legal issues.

Lawrence recommends consulting with an attorney with FDA experience if you are considering the above two scenarios.

No one wants to run afoul of ethical or legal rules. Some are pretty black and white, but others are a little grayer. For example, fee splitting is one that most people understand well but do other types of referral incentives also fall under this category?

“If you made an agreement with a GP that for every patient they send, you give them 10 percent of the fee; clearly that’s going to be a fee splitting situation and it’s going to be a problem under the law in every state of the country,” said Lawrence.

More informal agreements where an orthodontist has a program to give gifts to GPs for referring patients – like giving them a case of wine every holiday, or even a golf outing – might be fine. If you are still curious whether what you are doing can be construed as fee splitting, Lawrence gave further guidance. He explained that while rules differ slightly from state to state and across the various dental boards in each state, one thing is pretty clear when it comes to determining if a referral incentive is in fact fee splitting.

“One situation you want to be careful about is if there is a one-to-one correlation per patient,” he said.

For example, giving a patient or dentist a gift card for every new patient they sent to you.

If there is a one-to-one correlation per patient though, even then it’s not automatically considered fee splitting if the dollar amount of the gift is nominal. Lawrence said that the $45 to $50 range is what many states consider nominal. But, it gets more complicated than that for other states where they aggregate the total amount of gifts monthly or annually to calculate fee splitting.

“If you’re going to be doing a referral program on a per patient basis then you really need to check with your state’s dental board rules,” Lawrence said.

Disruptive patients can be upsetting for everyone, your staff and your other clients sitting in the waiting room. Hopefully this has never happened in your practice but every once in a while, we must deal with an irate parent or patient. Someone might be argumentative about a small issue or because they can’t get an appointment for something they consider an emergency.

Lawrence said that state rules are very generous in the discretion that a practice has over when and why it can terminate a patient.

“There are a lot of reasons where a practice can terminate a patient and be perfectly justified under the law to do so,” he said.

Problem patients who are yelling and disrupting the office is one situation. Another is when a patient fails to abide by treatment instructions perpetually missing appointments, and chronic nonpayment are also justified.

Terminating a patient in the proper way is key to avoiding problems with your state’s dental government body if they file a complaint after you terminate their treatment.

Giving a written warning when appropriate – like missing appointments – is an important way to document your due diligence before issuing a final termination letter. Also, when you do terminate a patient, to avoid being accused of abandonment, you should outline the reasons you are ending treatment, offer to treat the patient if there is a true medical emergency, and also offer to suggest alternative providers in the area.

The word malpractice should send a shiver up every doctor’s spine. And when terminating a patient, it’s also important to check the chart to determine where they are in their treatment plan. You don’t want to leave a patient in worse shape than when you first began working with them, possibly leading to the accusation of malpractice.

“The general rule is when you discontinue treatment you need to leave the patient at least in the same or better condition that when you began treating them,” he said.

For example, in an extraction patient, you should continue treating them, especially if the extraction was very recent, so that you aren’t leaving them worse off than when they first sat down in your chair. Of course, if there is an active appliance in their mouth then you should remove that before terminating care.

Lawrence said the best resource to advise on the legal and clinical components in these situations is to consult your own malpractice insurance carrier.

The above advice is meant to offer orthodontists a guideline when dealing with certain legal issues. Rules do vary from state to state, and it can be hard to go it on your own when you think you might be coming up against a legal issue and have questions. There are a lot of resources out there, some right on the AAO website. You should also consult your state dental board or legal counsel if you have one.

Want more great advice from experts in the orthodontics industry? Click here to subscribe to our podcast, The Survival Guide For Orthodontists.